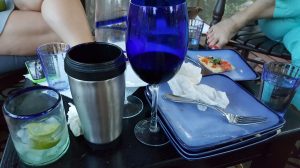 Last evening, we enjoyed wine in the whimsy and garden of a long-time friend.  The Spring breeze skipped off of the ponds and cooled our conversation. Among three friends with shared history, words are unvarnished and sometimes sting like a shot of penicillin to a diseased body. I spent the night curled on the couch thinking of the stinging dose; listening to the owls, far-away trains, and the wind. Sometimes we need to cut the cord and move on.

I have been angry. Foolishly, I believed this anger to be small and hard-to-detect. But last night, the truth of this anger as an observable dis-ease came forth in conversation among these trusted friends. One friend spoke of it, but it wasn’t until I was speaking the same truth to another, that I realized I’ve dragged anger and shame about like the rotting corpses they are.

It wasn’t supposed to be this way.
We were supposed to be safe and loved.
Our family portrait was supposed to last.
Why didn’t someone intervene?
Why won’t they ever apologize and stop pretending “IT” never happened or they never knew?
“I just want him to feel a small piece of the hurt I’ve felt.”
We wonder why we bear the cost of another’s actions.
It wasn’t right.

We, my sweet friend and I, are angry. We want different outcomes, different histories that will never be; apologies spoken that will never come. Is it too much to wait for revelation of malice, truth over lies, and freedom from the inherited fear that stalks day and night?

And though we know this intellectually, we’ve hauled the rotting bodies – fresh memory of harm and deceit – around hoping one day for right to be done… the comeuppance…the truth to be known. We want justice. Fairness. Hope that our pain is not wasted. We hope for a “do-over.”

I have been so angry at god for his weakness, uncaring, and laziness.

Mad at myself for allowing things to happen and my best efforts to have ended so badly. Ashamed to have allowed the great harm of my childhood to revisit my adult life.

She was angry her kids did not have the sweet un-trampled growing up she’d secretly promised them. She could not wait for the day he finally paid the price.

Only he won’t. He doesn’t have the capacity for self-reflection or strength to be vulnerable.
Taking responsibility is too hard.
It’s easier to pretend it never happened and wonder, “what the hell is your problem?”

All these years the twin corpses of shame and anger get heavier and “festerier.” Nasty.

In our exhaustion and panic we fail to see the shame we carry is not our own; instead we’re providing a service to the perpetrators of dragging the weight of their crappy decisions…their shame onward. They blissfully continue to use others and recuse themselves of any connection, because we – and likely legions of others – have been carrying responsibility for them all these years.

We – intelligent, creative, caring, people have been duped; we neither have to carry that corpse another step nor wait for what will not come: apology, tears, justice.

We get to cut the cord.

I hate the whole “let it go” rhetoric.
I’ve wrestled with whether the pain and reality is diminished when I drop the anger and shame – if the aggression is legitimized in releasing the tether.
Does my life of those years matter if all I have are nightmares to wake me up at night?
Will “they” forget how much effort it took just to reach baseline after the destruction of so-and-so’s decisions and actions? Do “they” care or are “they” just trying to make their lives work and move forward?
Do I get points – a gold star – for making it this far when I am not as far as I feel I should be?

I don’t know. Like gossip, it is really none of my business.

I want to live unfettered by misplaced shame, guilt, and anger.
If the assailant isn’t willing to carry the corpse, why should I?

It’s time to cut the cord; we’ve already come so far.
A little farther on through the shadow of grief and past this pervasive feeling of failure.

Freedom is not far off.

And freedom is delicious and worth sharing.

Thank you to the friend who gave the painful shot of reality last night. I didn’t like it and it kept me up most of the night. But the healing dose is beginning to do it’s thing for my friend and me.

We must remember: it is not derring do to drag anger and shame around hoping for a different outcome of history. Nor is it brave to deny the pain, sorrow, grief, and work of rebuilding.
It is derring do to keep growing and reaching for higher ground.
And perhaps – if we are fortunate fools – we’ll bring people with us into this new freedom that is not far off.

2 thoughts on “Cutting the cord”