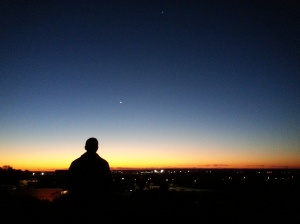 When M & K were growing up and we were at a standoff, I would sometimes remember to be wise.

In those times, I would say something like, “when we’re angry at one another or we’ve hurt feelings, it creates a distance between us – one that is not easily closed again. Forgiveness is a good place to start.” Often, I’d toss myself and the kids into “time out” so we could cool down, play with LEGOs, and step aside from the fractured feelings for a moment.

Recently, I hurt someone in a way that surprised me by its energy and singularity – it was a new sort of response. I jumped to conclusions and wielded a hammer so heavy and final that Thor, himself, would weary of it. Unrelated fear (taxes) and exhaustion were the fuel to launch me so far into mistaken conclusions, my head spun and this tornado of overwhelm landed on the head of my person, my friend.

Adrenaline powered me deeper into a wrong conclusion. Instead of asking for clarity, I assumed I knew what I had witnessed and was done. Done doopie doo done done.

Just writing about this pain that I caused makes me fight for air.

Imagine you are on a bullet train…not IN A BULLET TRAIN, but ON a bullet train-at the nose and in the front. Some great power propels you forward and gravity keeps you in front of that train. You’re okay until the train slows to stop and the force of the nose is no longer pressing with such mass x acceleration. Soon comes a point when you begin to slide below the train as it rockets forward only more slowly than before. The ground rises to meet your Chuck Taylors and if you haven’t made an active decision to move to safety, you are headed for hurt.

This is what it was like – only the bullet train came to an abrupt stop at the rail-head; I was held suspended by the force of the nose and concrete rail-head pressing my peanutbutter-sculpted belly. I hadn’t fallen to my demise below a train, but crashed enough to feel as if I had. Yep. Ouch.

My only response was to apologize and become very quiet; listening.

I saw the damage I’d done, felt the impact of the adrenaline hitting the wall, and wondered if I’d blown this remarkable relationship to bits.

Do I try to dodge and pretend I had a valid reason to act as I’d never acted before? Nope.
Do I defend myself with the very real and rational “what-I-thought-was-happening”? Nein.
Do I pretend it never happened? Nyet.

All I could do was look behind me at the snarky stub-tailed cat for support and ask for forgiveness; a hope-shard and a way to navigate and re-forge the distance between us. Like knitting where a seam had ripped only these were profound feelings of hurt replacing peace and kindness. We needed space and time to heal.

I don’t cry often; I feel like I used those tears up in my earliest years. But I have cried each time I think of the hurt inflicted by my fear.

My gracious friend and I have talked about what happened, what’s happening, and whether to move forward. Neither wants to mince forward among eggshells and precarious places.

We have decided to keep talking – communicating – in hopes to rebuild the ruined space between us.
This is humbling and takes derring do…something that is easier to write of than to live out.
Derring do. Forgiveness. Time. Listening. Accountability. Hope.

Mosey on, dear friends. Be brave with your good heart. It is so worth the risk.

5 thoughts on “The distance between us”